Our best wishes for 2018, it’s going to be a big year -and if we work hard and organize smartly, a year of progressive victories from the local level all the way up to Congress!

First surprise of 2018: you’re about to get a ballot! The future of public healthcare in Oregon is at stake in a special election on January 23rd. 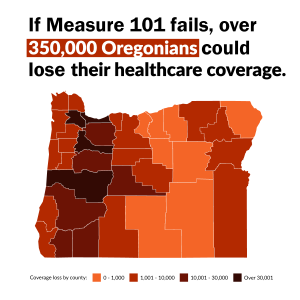 Join us on Tuesday, January 2nd, 5-8 pm, to call and text Oregonians and ask them to vote YES on Measure 101!

–> CLICK TO RSVP so the campaign knows how many stations to set up for BerniePDX. <–

Learn all about Measure 101 at: https://www.facebook.com/YesforHealthcare/

Celebrate the holidays early with BerniePDX! Come to our White Elephant gift swap party, bring a new or lightly used gift to swap or steal with other BerniePDXers! Wrap it first so it’s a mystery! But you don’t need to bring a gift to attend! We’ll have food, drinks, and excellent company. 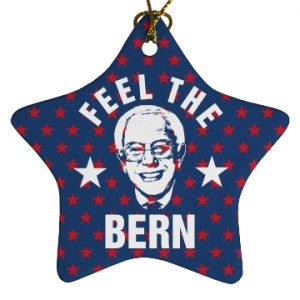 Join us on Tuesday, December 5, 7 pm @ the Watershed! We have two exciting speakers about issues that have the potential to change Portland Metro for the better –> with a Residents Bill of Rights, & Ranked Choice Voting (with which Trump wouldn’t have won).

–> Portland People’s Coalition has been meeting with groups across the Metro area to develop a Bill of Rights for all Portlanders that will be used to influence elections, politics, and our lives. They want to hear about what YOU want to see in it!

Come learn about it, ask questions, give feedback. Find out how we can help build this organizing effort modeled on Richmond Progressive Alliance (http://www.richmondprogressivealliance.net/). There will be a ratifying convention for the local Bill of Rights in early 2018!

–> Multnomah County has the chance to pilot a new voting method that could change both local and national elections for the better. What if we just voted once in November and the candidate with the most support actually won? What if you knew your vote would make a difference, even if your favorite doesn’t stand a chance? What if you could just be honest and vote your conscience?

STAR Voting is an innovative solution that allows voters to rate each candidate from zero to five, like on Amazon or Yelp reviews. This means that your completed ballot will show how much you like or dislike each candidate, as well as showing your preferences between them. STAR Voting is highly accurate, no matter how many candidates are in the race, so we can level the playing field, eliminate the low turnout, expensive primary, and just have one election day.

Bernie PDX is a grassroots volunteer organization dedicated to continuing the progressive Political Revolution by supporting candidates, causes, and events that are in line with our (and Bernie's) goals and values. Visit BerniePDX.us/about to learn more.

Bernie PDX / Portland for Bernie
Not only is raising the minimum wage good policy — it is enormously popular. The overwhelming majority of the American people understand that we must end starvation wages in America once and for all. Period.

Governor: All Oregon Adults Could Be Eligible for COVID-19 Vaccine by July 1
The timeline depends on the state receiving its expected deluge of doses from the federal government.
wweek.com
10    View on Facebook