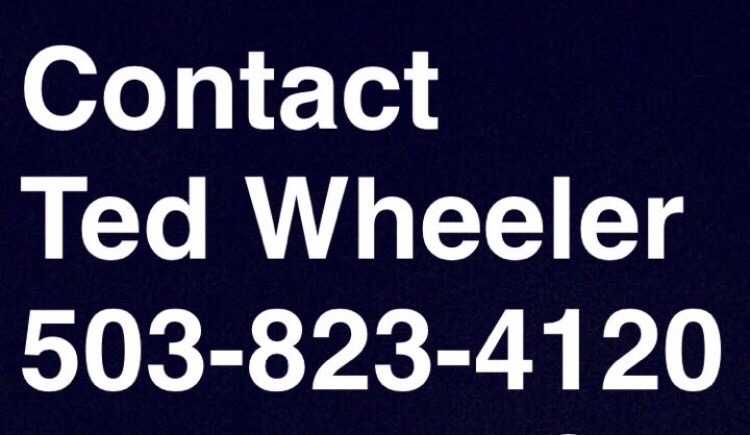 We at BerniePDX are appalled at the behavior of the police at the protests on Sunday, June 4. If you haven’t already called Mayor and Police Commissioner Ted Wheeler to express your concern, we ask that you do so ASAP: 503-823-4120, or send an email to mayorwheeler@portlandoregon.gov.

It horrified many Portlanders that only days after the tragic murders on the MAX by a white supremacist, a rally organized by out-of-state white nationalists was being held in our city. The Trump rally organizers have assaulted people at other events and made threats of violence to people of color, Muslims and Jews.

At the start of the rally, the police were lined up with their backs to the Trump rally — their backs to the out-of-state white nationalists and those attending the rally they organized. The police had their eyes on and weapons facing those who came out to protest bigotry.

Later on, the police decided to clear the park of protesters for what appeared to be the convenience of the Trump ralliers. Rubber bullets, flash bangs, tear gas and physical force were used against many peaceful protesters who were in the process of following police instructions. Police injured and traumatized the people who took a stand against bigotry and hate, as the Trump rally-goers cheered them on. There is photographic evidence that someone at the pro-Trump rally worked with the police to arrest protesters. The police also detained over 100 protesters and collected their information for an unknown purpose. Evidently, the police were more concerned with collecting the information of Portlanders who oppose racism and fascism than the information of known white supremacists who threaten violence against the people in our city.

Like many Portlanders, BerniePDX is terrified that the Trump administration has created an environment where hateful people feel permitted and empowered to harass, threaten, and become physically violent towards people of color and people of non-Christian faiths. During these difficult times when we cannot expect protection from the federal government, it is more important than ever to be able to count on our local government. However, the actions of Mayor Wheeler and the Portland police have not only failed to protect the public, they have instilled fear and mistrust of our local government and police in many.

Please call Mayor and Police Commissioner Ted Wheeler’s office and express your concerns about the behavior of the Portland police. No matter how justifiably angry you may be, when you call the mayor’s office, we recommend that you remain calm and professional on the call. Don’t just say that you are mad; clearly explain what you are concerned about and why.

The Supreme Court curbed the Environmental Protection Agency's ability to broadly regulate carbon emissions from existing power plants, a major defeat for the Biden administration's attempts to slash emissions at a moment when scientists are sounding alarms about the accelerating pace of global warm...
1    View on Facebook

Bernie PDX / Portland for Bernie
The president made the remarks at a news conference in Madrid and said he would support carving out the Senate's 60-vote threshold to pass most legislation in order to protect the right to privacy.

The president made the remarks at a news conference in Madrid and said he would support carving out the Senate's 60-vote threshold to pass most legislation in order to protect the right to privacy.
3    View on Facebook